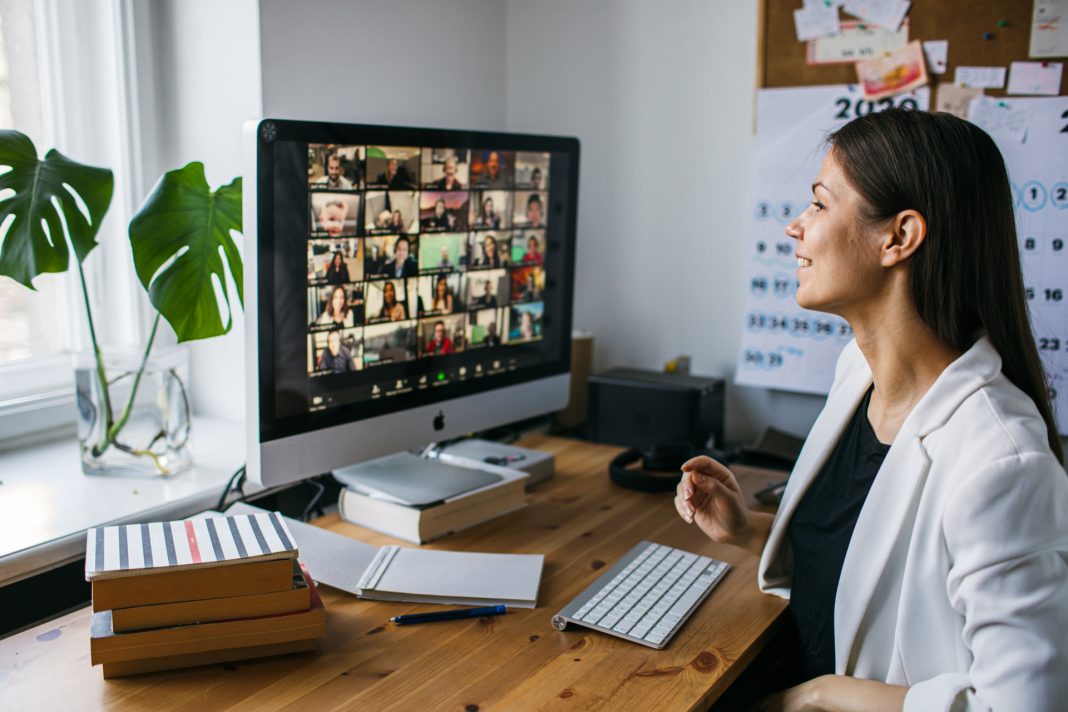 If asked a few months ago about his views on remote working, Luke Tobin, the CEO of the digital marketing agency Digital Ethos, would have said he was a skeptic.

Tobin’s 22-strong team worked out of a bricks-and-mortar office in the United Kingdom. Coworkers collaborated on creative projects at in-person meetings and communicated by walking over to one another’s desks. That all changed at the beginning of March when the company, along with businesses across the world, switched to remote working in response to the COVID-19 pandemic.

“The output of work has been fantastic,” Tobin says. “People are also less distracted and the tools that we’ve been able to implement have given us a clear picture on what’s going on, from project to delivery.” As well as video conferencing, the team uses time tracking software Time Doctor and the project management tool Clickup to track workflow.

In the midst of the pandemic, remote working is very much the new normal. In the U.K., government guidelines state that, except for key workers such as healthcare professionals, first responders, and food production workers, staff must work from home as much as possible. Authorities around the world have issued similar advice, including in the United States where the White House has asked people to work from home if able.

Even before the coronavirus, flexible working was starting to make headway, but mass adoption remained far off. Managers worried about visibility, collaborating virtually and self-discipline resisted taking their work virtual. Research from Anne Corder Recruitment in 2019 found that 29 percent of employers were concerned over the impact that remote working would have on their workplace culture and productivity. A further 29 percent felt they couldn’t trust their current workforce to operate at their expected capacity. The enforced move to remote working, however, has assuaged many of those fears and turned doubters to believers.

Tobin’s earlier position on remote working was that the company was doing well without it, growing 200 percent year-on-year and racking up awards—so why fix something that wasn’t broken? “I didn’t want to take a risk on allowing home working, even though I’d seen a lot of other businesses do it and read books about it working,” he says. “It made me nervous.”

“The feedback from the team has been that they feel like they know more about what’s going on than ever before.”

Tobin’s specific concern about remote working was the ability to collaborate effectively from a distance. “The biggest fear was that some of the creativity would be killed,” he says. As a digital agency, much of the work they do involves creativity sessions with different departments. Tobin worried about how that’d operate remotely and how teams would sync properly without being able to speak face-to-face.

Video conferencing has gone a long way to help overcome this hurdle. Each morning, the team gathers for a virtual huddle over Google Hangouts where they spend 20 minutes sharing news from the day before and any challenges they’re facing. Each team also has its own huddle throughout the day. “It’s worked extremely well,” Tobin says. “The feedback from the team has been that they feel like they know more about what’s going on than ever before.” 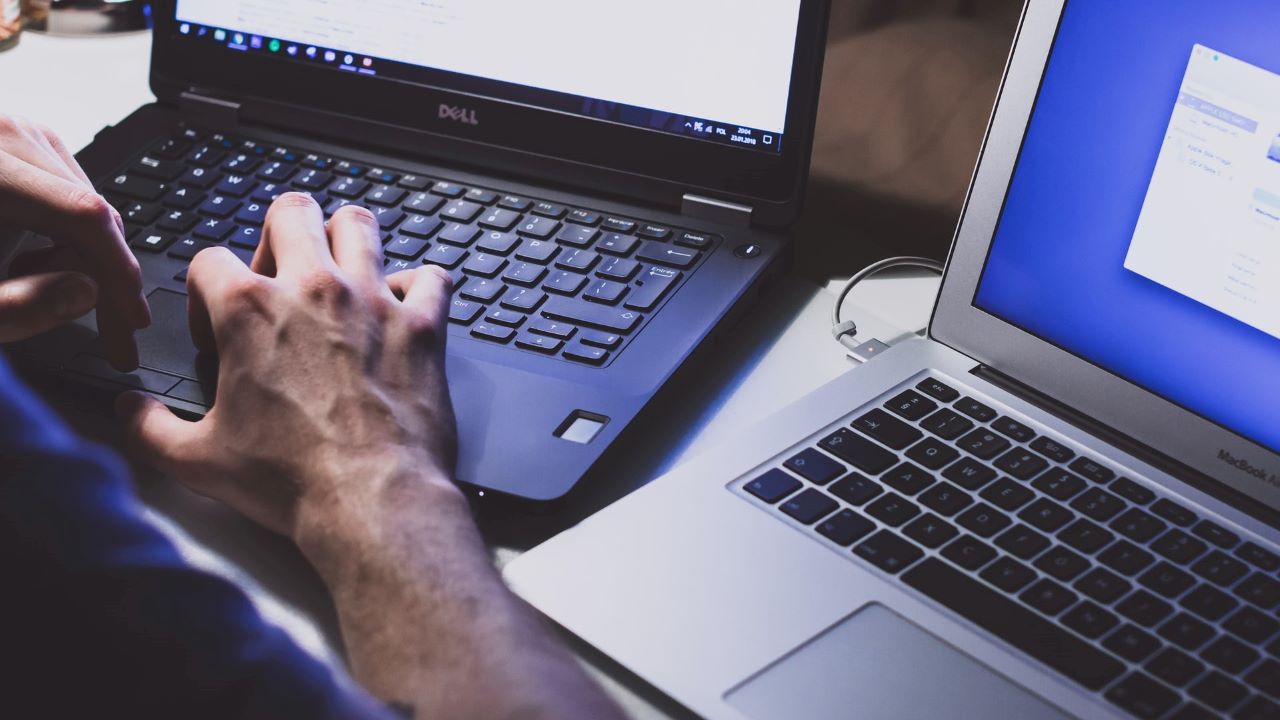 Employees have been asking their bosses if they can work remotely for years. In a report about the state of remote working in 2019 by the social media management software company Buffer, 99 percent of respondents said they would like to work remotely at least some of the time for the rest of their careers. Whether a company offers remote working options has even become a deal-breaker for modern workers. Tobin says that, in his own company, he recently lost an employee who left specifically because he was offered more flexibility elsewhere.

Regardless, pre-pandemic remote working was the exception rather than the rule. Where the inverse is true, however, is among the independent worker and freelance community. The independent workers agency Hoxby is built on a network of freelancers, all of whom work remotely. In response to the stay home order, the company launched a campaign called #remoteagainstcoronavirus to show companies that remote work can be quite productive.

“There’s a lot of fear and misunderstanding about what remote working means,” Lizzie Penny, founder of Hoxby, says. “The campaign forms an emergency plan for businesses to better understand how to lead remote teams, and to help them quickly put strategies and processes into place that help ensure ‘business as usual’ during this crisis.” As part of the campaign, Hoxby has issued a series of resources about remote working, including a guide for leading remote teams and a four-step approach for moving to remote working.

According to Penny, implementing a robust remote working strategy not only promotes productivity but supports employee well-being. This is something Adam Hadley, CEO of the London-based data science consultancy QuantSpark, found to be the case. Hadley, who was a remote working doubter, was concerned about maintaining morale. In order to combat this, the company uses Zoom to nurture the camaraderie they usually have with one another in person.

“We play quite a few games,” Hadley says. The team has turned to virtual quizzes, as well as a game called “Spy” on Zoom in which they have to guess whether someone is making up a story. In terms of day-to-day business operations, QuantSpark’s staff have transitioned their daily meeting to a virtual one.

“Planning now for the long term will also be beneficial, and seeing the silver lining of the pandemic as a chance to get into good practices for when we come out of it will lead to competitive advantage for some businesses.”

The team, already used to communicating what they are working on to the wider organization both on Slack and in-person in the office, has seen the benefits of continuing this practice online. “Committing to something, even just one thing per day, is really good for people’s mental well-being,” Hadley says. “The virtual meeting has been working very well.”

Penny from Hoxby hopes this window into remote working will show business leaders the value of this style of working. “Planning now for the long term will also be beneficial, and seeing the silver lining of the pandemic as a chance to get into good practices for when we come out of it will lead to competitive advantage for some businesses.”

“This period has encouraged people to reflect on how they work well and it’s fostered empathy.”

At QuantSpark, Hadley is already thinking about how the company can translate some of the lessons learned from this period of remote working after the restrictions lift. “We have every intention of embracing this even when the office is reopened,” he says. As well as investing in powerful video conferencing technology, he’s also keen to understand the impact of flexible working on his team’s dynamic. “This period has encouraged people to reflect on how they work well and it’s fostered empathy. The humdrum routine when you go into the office is not very self-aware, whereas all of this has forced us, everyone, to think about how we work best.”

How to Enjoy Seamless Workload Experiences

The Future of Ecommerce in 2020 & Beyond

Dell Technologies’ The Next Horizon: Cequence Security with Larry Link